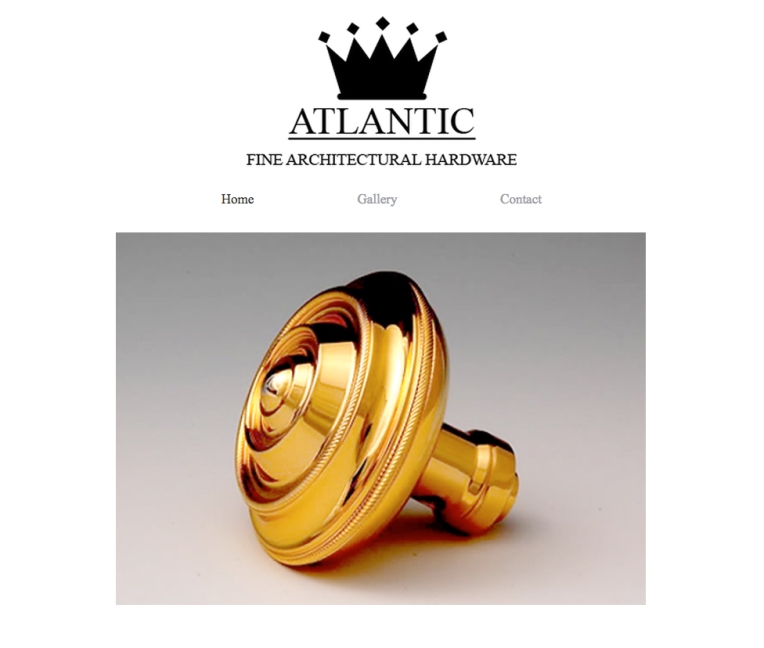 This simple, updated portfolio site shows off many of Atlantic Fixtures fine custom fixtures and amazing metal fabrication projects. I was able to digitally improve much of the older photography, which had been shot with a smartphone, and offer additional consulting as to how to upgrade photo quality on future shoots. You can see the entire site at https://www.atlanticfixtures.com/

Just finished up this full page ad for National Insurance Group. This ad will appear in the eBook supporting an upcoming insurance conference, as well as on some additional printed marketing materials. This is my first project for National Insurance Group, and so I took some time to familiarize myself with the business and their objectives before brainstorming on a concept. I am happy to say that they were very pleased with the result!

If you’ve been following along here for awhile, you might remember that I started a new music project with some friends last year. I’m happy to say that we’re still having lots of fun with it, and playing out fairly regularly! With a year gone by already, our sound really taking shape, and a festival on our horizon this spring, I decided that I might risk creating a formal band photo for promotional use. We had been using random shots that people were kind enough to take at our shows. These were good, but didn’t give much for the at-a-glance viewer to go on as to what our band was about.

SO, one Sunday afternoon, I set up my makeshift home studio against a blank wall in our little cabin home. When my band mates arrived for rehearsal, I seized what was left of the natural light (along with a couple of bright fill lights) to capture some shots of them using my trusty old Lumix DMC-FZ28. I then turned the camera over to them so that they could grab some shots of me in similar light. I used Photoshop to pull everything together, dropped myself into the best shot of the guys, and added this fantastic background image, purchased from one of my favorite stock sites. This photo will get us through the next few months until we can do something outdoors with a photographer friend later this summer.

Adding another image to my growing Photoshop filter-art collection. I liked this image of three young chickens, but it became even more interesting when I boosted the contrast and applied a dry brush effect!

One of my favorite projects to tackle is a good image restoration. It is so rewarding to bring a photo or a piece of art back to life! This early airbrush rendering was a family heirloom dating back to the beginning of the last century. The “paint distributor” (as the airbrush was known at the time of this piece), was developed in 1878, by Abner Peeler “for the painting of watercolors and other artistic purposes.” Unfortunately, this piece had been painted on a fragile paper, which had succumbed to years of exposure to light and air. The piece was too fragile to remove from the frame for scanning, and so we photographed it and retouched the resulting digital file. This enabled us to return the original to be safely stored away. When retouching was finished, the file was sent out for printing on a fine, acid-free watercolor paper (Rives BFK), ensuring that this favorite family image will last for many years to come! 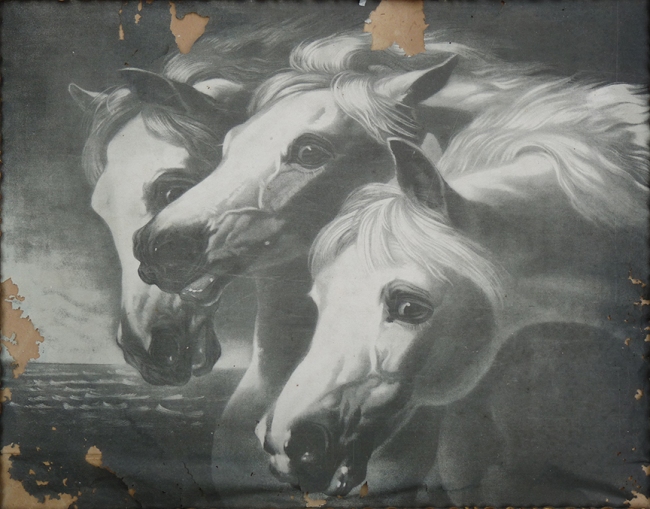 I’m on a bit of a Photoshop filter kick this summer! Here, an image of an Allium bloom taken in our garden, and enhanced with some retouching and filter work. 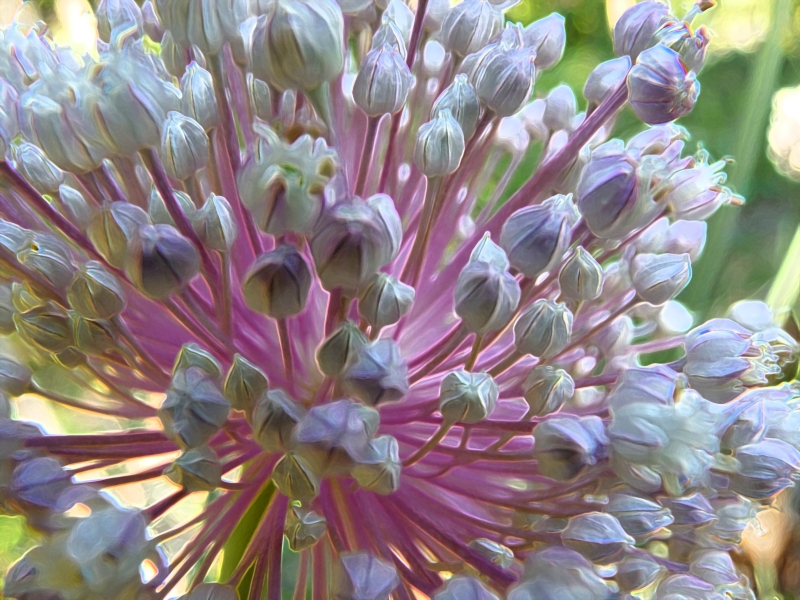 We have taken to celebrating Friday evenings casually this summer with a friend or two, and a small, evening bonfire in our stone fire pit. It is a wonderful way to wind down the week and welcome the weekend. The other night, we were blessed with a visit from this stunning Luna Moth! This is a rare occurrence, as Luna Moths live for only about a week’s time and are generally active only at night. This is only the third time in my life that I have seen one. I managed to quickly capture an image using the camera in my cell phone before he continued on his way. Unfortunately, the resulting image file left a bit to be desired for clarity due to low (fire) light and a tiny lens. But some quick Photoshop tweaks turned my weak photo into a small photo-art memento that I love!

I am often asked to create additional colorways from single product shots. This is a great way to save time and your product photography budget! 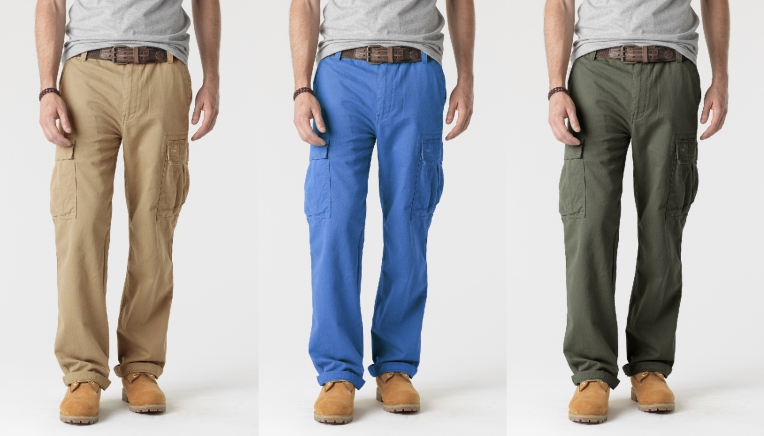 Having some fun trying my hand at lighting on a cold, dark winter’s night.

© Lynne Fountain, 1997–2015. Unauthorized use and/or duplication of this material without express and written permission from this blog’s author and/or owner is strictly prohibited. Excerpts and links may be used, provided that full and clear credit is given to Lynne Fountain Creative with appropriate and specific direction to the original content.
Loading Comments...