This was a true test of my image editing skills! I was asked to “freshen up” these doctors faces and minimize the discrepancies in their heights so that they could be used on a billboard. This involved believably enlarging the woman in the middle, whitening and fixing teeth, taking bags out from under eyes and adding that sun-kissed glow to all (They were only used as head and shoulders shots so I did not need to bother with the tie). As a final touch, we “popped” them off the background with a color-wash. I wish that I had the exact original of this photo, but I only have a very close one from the original series. I’ll have to ask you to please use your imagination a bit when comparing these two images. 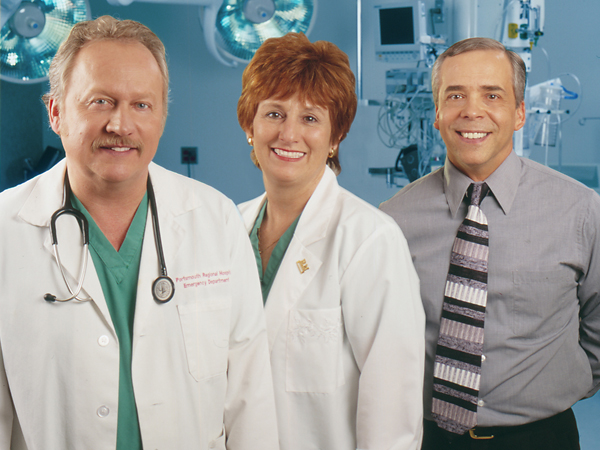 © Lynne Fountain, 1997–2015. Unauthorized use and/or duplication of this material without express and written permission from this blog’s author and/or owner is strictly prohibited. Excerpts and links may be used, provided that full and clear credit is given to Lynne Fountain Creative with appropriate and specific direction to the original content.
Loading Comments...
%d bloggers like this: